Renting a property in Docklands can often be a demanding process that many of us undertake throughout our lifetime. A Property Manager can assist you in a number of ways including:

Overall, we as Property Managers Melb want you to have a pleasant experience in renting your property in Docklands, so that you are able to gain back your weekends to enjoy your own leisure activities, without the headaches of finding reliable tenants, and knowing you will have a constant rental income.

Annual Rental Reviews
Prior to offering a tenant a new lease, we monitor rental values in the local Docklands area to ensure your property receives maximum returns. 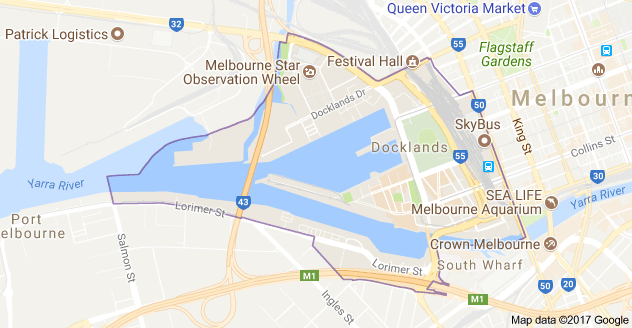 Docklands was once know as a Wetland area where it was an open hunting ground of the Wurundjeri people.

Docklands is an inner western suburb of Melbourne, located just 2km west of the CBD. The City of Melbourne is the local government area. 2016 census indicates that Docklands had a population of 10,964.

Currently, Docklands ongoing focus is on an urban renewal project to expand the Melbourne CBD.

What The Media Is Saying About Docklands.

The Docklands community has been invited to join neighbouring West Melbourne in a fight to change aspects of the West Gate Tunnel project.

Questions about buying or selling property in Docklands? Speak to an advocate first.